KICK.OFFICE is a Milan based architecture and interior design company founded by Mario Abruzzese in 2009. The studio works at different scales and develops projects ranging from retail, office and residential to hospitality and restaurant design.

KICK.OFFICE designs architectures and interiors by matching functionality, context values and client needs; giving spaces a strong aesthetic mark. Constant research and accurate selection of materials along with careful detailing characterize the working method of the studio.
In the last years the studio has been focusing on the development of restaurant design projects such as [bu:r] by Chef Eugenio Boer and Open Colonna Milano by Chef Antonello Colonna. Often working on small hospitality projects in Milan, has recently been awarded with the first special mention for the concept room of Eurostars hotels.

Graduated in Architecture at the Politecnico di Milano in 2009 with the master thesis ‘Planning Strategies in a State of Exception: Micro-scale Projects in Deheishe Refugee Camp’. The project, awarded with the ANIMP OICE scholarship for projects in developing countries, proposes specific interventions on the public space of a refugee camp in the district of Bethlehem (Palestine), exploring the possible role of architecture in places of conflict.

After studying in Denmark at the Aalborg Universitet, he worked for an year in Copenhagen collaborating with Erik Møller Architects on the project for a Science Center in Sarpsborg (Norway) and with ADEPT Architects and EFFEKT on numerous residential and urban planning projects including ‘student residences in Trondheim’ (Europan 9), ‘offices and residences in Ørestad’ (Europan 9) and on the rethinking project of a large area of the center od Copenhagen with the partnership of Rem Koolhass.

He has participated in numerous research projects including ‘Municipi dell’Abitare – a home emergency plan in Milan’ in collaboration with multiplicity.lab and Stefano Boeri. With the collective ‘Decolonizing Architecture’ led by Sandi Hilal and Alessandro Petti, he took part in the ‘Design by destruction’ project working on a research program in the Palestinian Territories for the reconversion of the military base of Oush Grab.

Collaborating with Cibic & Partners and CLS Architetti he has worked on residential, retail and in particular in hospitality, developing a strong experience in interior design. He has worked on the design of numerous hotel facilities including the Hotel Milano Scala, Glam Hotel and the boutique Hotel Savona 18 Suites, as well as that of private residences and villas in Italy and Turkey. He collaborated with Aldo Cibic and Cibicworkshop until 2016.

Since 2013 he is involved in teaching activities at Interior Design Faculty of Politecnico di Milano. He participated, among others, in the rethinking project for the ‘Magazzini Raccordati’ at Milan Central Station and in the ‘Never stop seeding kindness’ workshop promoted by the Politecnico di Milano in partnership with ‘Lago’. In 2021 and 2022 he has been Guest Lecturer and Project Leader in the ‘Master in Interior & Living Design’ at Domus Academy. 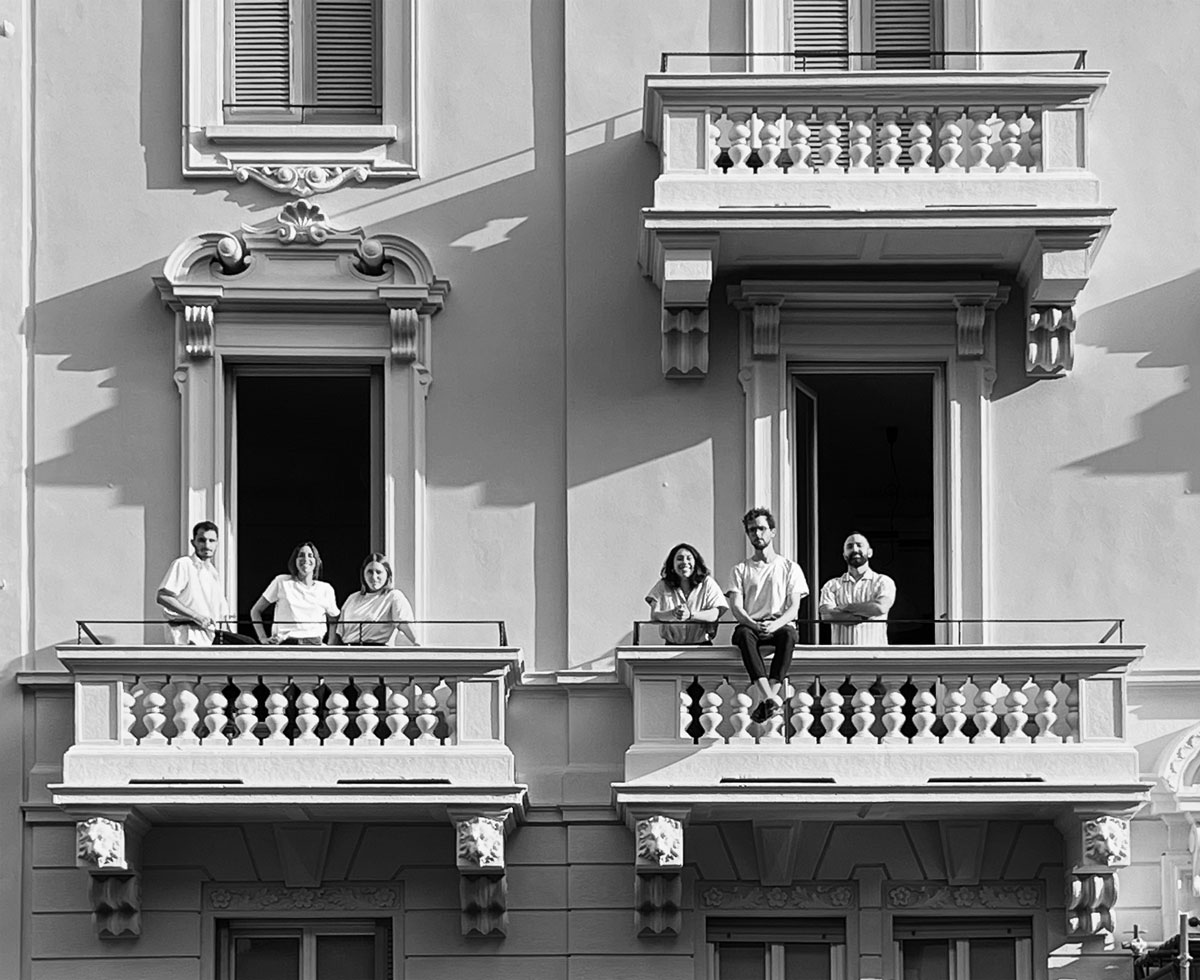 Giulia Benedetta Bet graduated in Architecture at Politecnico di Milano in 2018, with a transformation project regarding the area of via Mario Pagano in Milan. The work, entitled ‘un nuovo basamento pubblico’ is based on the design of a new mixed-use building which, in addition to the ambition to become a new urban landmark, combines functional needs with the wish to re-connect the existing open space system. She has several experiences abroad including a period of study in Boston and a year in Germany at the FHP university. She collaborates with KICK.OFFICE since March 2017.

Marta Zanardi graduated in Architecture in 2018 at Politecnico di Milano with the work ‘Kulturhalle am Tacheles’, a project of architectural reconstruction of an urban block in the heart of the Mitte district in Berlin. The project has been awarded with the ‘Michele Silvers, architecture projects in international contexts’ degree award and was selected in 2019 for participation in ‘About Future: Architecture_Cities_Environment. Models and Visions’ at Armani Silos, Milan. In 2017 she took part in the international competition ‘Periferie 2017’ promoted by MiBACT and CNAPPC, achieving, with her project team, the first place for area 07 of the Municipality 6 of Naples. She collaborates with KICK.OFFICE since April 2018.

Tomás Enrique Davis De Luca graduated in Architecture from a double–degree program between Universidad Central de Venezuela and Politecnico di Milano in 2018. His thesis project, ‘Il giardino botanico verticale’, focuses on botanical gardens as a strategy to rebuild urban voids and boost cultural identity. He has worked in Triennale Milano as part of the coordination team in museum atendance. In recent years he has collaborated with different architecture studios, including a one-year experience in SANAA (Tokyo, Japan), focusing on an architecture contest won by the firm in Luxembourg. He collaborates with KICK.OFFICE since June 2021.

Martina Massacesi graduated in Architecture Interior Design at Politecnico di Milano in 2021, with “Rural grafting. Towards new evolutionary palimpsests”, a thesis that studies the prototype of a design model that rethinks rural territories of the nineteenth century, particularly the “Leopoldina”, a type of casale toscano in Val di Chiana, Tuscany. The research reflects on the concept of reuse related to these historical strusture’s decay. As a student, she has had the opportunity to take on different experiences abroad, the last one being a six-month Erasmus programme exchange in Portugal. She collaborates with KICK.OFFICE since April 2022, within the frame of the professional internship.

Riccardo Trimarchi graduated in Architecture Interior Design at Politecnico di Milano in 2021, with the thesis “Innestare la riconversione. L’edificio di via Ripamonti 42 come esempio del patrimonio terziario dismesso”, a project based on the recovery and transformation of an offices complex, bringing together functional and technological requirements with the insertion of new residential and third sector building types in Milan. He participated with Politecnico di Milano at the call POR FSE 2014-2020: Programmi integrati di innovazione sociale e welfare locale nei quartieri ERP di Milano, promoted by the Lombardy region. He collaborates with KICK.OFFICE since May 2022.

Any cookies that may not be particularly necessary for the website to function and is used specifically to collect user personal data via analytics, ads, other embedded contents are termed as non-necessary cookies. It is mandatory to procure user consent prior to running these cookies on your website.